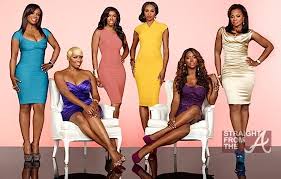 The Real Housewives of Atlanta and Orange County are two of the most popular shows of the reality TV show. What makes a comparison between these two shows interesting is that both shows are its levels of popularity and their racial composition. The Real Housewives of Atlanta as you can see in the first picture features predominantly African American women while the Orange County show features largely Caucasian women. 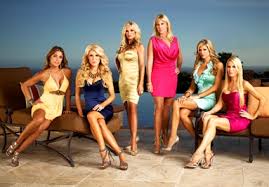 What I found most interesting was the power relations withing the families in the two shows. In Atlanta it is very obvious that the women have a lot of control within their personal relationships. Their husbands (most of who are professional athletes) often refer to their wives as boss lady. In many families in the Atlanta show it is common to see the wife making important household decisions along with her husband. However, interestingly this is not the case in Orange County. Husbands in this show are decidedly more domineering and the women seem to me much more complacent. For instance a 24 year old fiance of a rich corporate businessman gives up all her career goals for her to-be-husband because he believes that wives needed to stay at home. Upon having a conversation with her fellow housewives she fins that many of them are also stay at home wives because their husbands don’t want them to work. Another woman speaks of how she got breast implants for her husband because after a certain age they need a trophy wife of sorts and that she was happy to comply. Just one woman in this series is and entrepreneur while at least three women in the Atlanta show are business women or entrepreneurs of some sort. Something that both shows have in common however, is the impression that image is everything. It seems to be accepted across the board that maintaining a perfect social image is of utmost importance.

Atlanta is the more popular show of these two shows. The internet community and fans of this show claims that it has the most amount of drama. Indeed this is true. The intensity of the dramatics, the fights and the arguments are much higher in the Atlanta show than in the Orange County show, Having said this another question that comes to mind is weather this show (RH Atlanta) exploits negative stereotypes associated with African American women to increase their ratings. However that is a whole other question.