As we reflected on last week’s class presentations, particularly the two focused on Japanese culture, one aspect sustained our discussion. When thinking of the Japanese celebrities who cross dress, we couldn’t imagine how that would be accepted as the norm here in the U.S. Although there are some musical artists who flirt with cross-dressing or what may seem like it (i.e. Adam Lambert), none of our prominent entertainers truly do so in the context that we see in Japanese entertainment culture.

This is not to say that we don’t see cross-dressing at all; from Tyler Perry to Robin Williams, we’ve seen mostly male actors switch to enact different gender roles but this is usually done to perform a role or for comedic effect rather than trying to understand the opposite sex.  Tishara noticed that when cross-dressing usually occurs, it usually male actors crossing into female characters who are usually older (i.e. Madea, Big Momma’s House) and, with the exception of “White Chicks”, typically the character is naturalized with asexuality implied.

In our own entertainment culture, when we see celebrities “cross-dressing” it is often barely that; perhaps you may see an especially fashionable entertainer sporting an outfit that crosses gender lines or another dressing as the opposite sex for Halloween but it will only appear in tidbits and not full fledged as we see in Japanese entertainment culture. 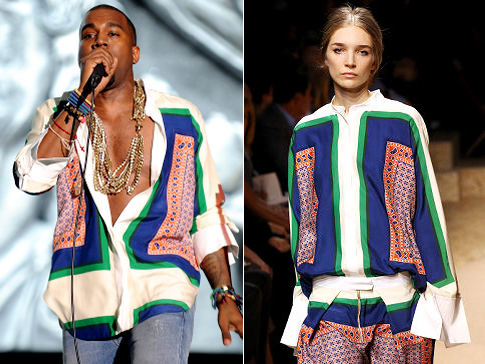 This entry was posted in Cafe Discussion, Dolma, Fatima, Tishara. Bookmark the permalink.