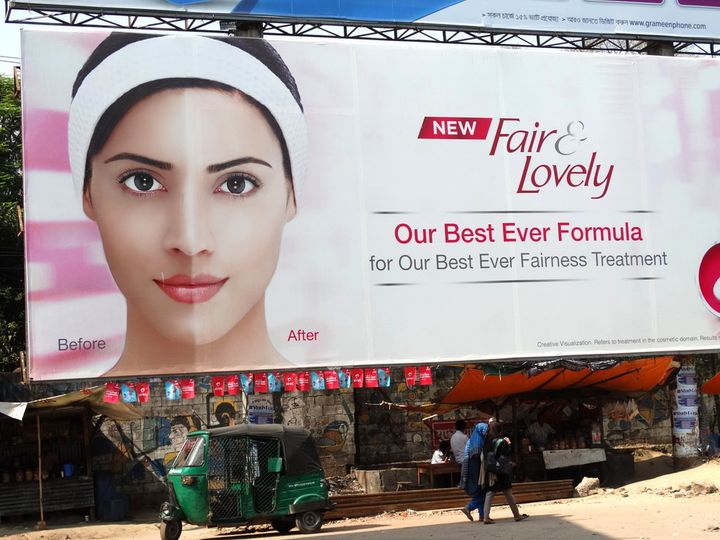 Bleached Girls: India And Its Love For Light Skin

I often wondered why there is a strong attachment to whiteness in India, especially when the most popular creams are skin whitener on the market. Growing up in India, I was a victim of Fair & Lovely as my aunty would buy it for me from the market. Although now I am comfortable with my skin color, growing up, that was not the case. I always worried how I can get my skin lighter.

This article suggests that foreign influence play a huge role in the obsession of achieving a whiter/ lighter skin across India. Foreign influence dates back to medieval times into modern times, mostly European traders and settlers as Indian continent was a hotspot. Almost all of the foreigners are of lighter skin and fair complexion than most Indians. The foreigners were also the one with power, money and social status so naturally, it makes sense why there was/is a desire to imitate them.

In a social experiment from 2013 to 2018, 70% percent among 200 said they are more attracted to partners with lighter skin. According to the Huff Post, this is one of the reasons why there is such a want from the general public to bleach skin color in India known as bleaching syndrome. postcolonialism wasn’t able to change the beauty standard in India. The only difference with postcolonialism is that the colonizer countries are not in the country which they colonized. The effect and the tradition will remain the same seen in India such as the standard of beauty in favor of Westernization features.

In response to colorism and beauty brands that support whitening of the skin, India is starting the fight back starting with organizations and campaigns. The Women of Worth which is an Indian campaign to fight back the unnatural beauty standard created “Black is beautiful” and is being endorsed by Bollywood stars. Hopefully, more and more Indian recognizes the fault in these whitening brands and cream and start accepting their true skin color.

This entry was posted in Research Posts. Bookmark the permalink.